I had always been warned to stay away from that house on the hill.  Some people said there was a crazy lady there…others said the people raised very large dangerous dogs.  So I knew it was occupied but also not safe…there were strange things up there I was told…nasty creatures that would bite.   But being curious as I was I couldn’t stay away no matter what the consequences.  As I walked up the hill I noticed the moon…it was full & bright, illuminating the house in front of me.  It was only 8pm…there were 3 cars in the driveway but no lights anywhere coming from inside.  I slowly walked up the steps leading to the porch…it was a large house with a big wrap-around porch and lots of chairs out front.  I could picture a family gathering there just visiting & relaxing….but not tonight.  I pressed my face to the window…I could make out shapes of the furniture but there was no movement.  I walked around the porch to the side of the house…that’s when I saw him.  He stood at the end of the porch…he looked to be just a bit taller than me but was hunched over. I took one step forward accidentally stepping on a twig…he turned his head slowly & stared at me.  The light from the moon had moved and I could see him clearly… I knew immediately what he was…always heard stories just never imagined I would see one.  He had the appearance of a large dog…a German Shepherd maybe but much more hairy.  His eyes were bright red and his tongue lolled as he panted.   He turned & walked toward me on his hind legs…I was frozen…fascinated & terrified.  He stood in front of me and raise to his full height.  I tried to scream but nothing came out…it was then I found my feet, turning & trying to run but he grabbed me by the shoulder.   I felt his claws sink into my skin and then he spoke…”Finally!” he said “Fresh meat!”  He lifted me off the ground and as I felt his teeth sink into my neck draining my lifeblood I realized I should have heeded the warnings, but it was too late now.

I always felt like an outcast…like I just didn’t belong.  All through my childhood I felt misunderstood & forgotten.  Was always the odd one out because my interests did not conform to everyone else’s.  I found solace in my books & music.  Later when I thought I had found the love I had so longed for even that didn’t meet my expectations…nothing seemed to work out the way I hoped.  He never physically hurt me but was verbally abusive with a nasty temper.   Years later he realized how wrong he had been & how badly he treated me…although I felt I still had to walk on eggshells because it was like I had been conditioned to respond to him a certain way.  It was something I’m not sure I can ever overcome.

The only shining light in this tragedy was the arrival of my son…but even had it’s own almost tragic story.  He was born 3 months premature…weighing only 1&1/2 pounds.  Doctors said he could fit in a 2lb Velveeta box.  He was so tiny & I’m still not sure if I spent those first few months in a daze because some details are very hard to recall.  He had all sorts of issues with his heart & liver…some other issue that was causing him to need a blood & platelet transfusion every other day.  He had to have surgery when he was 2&1/2 months old and for a week was fine but caught a virus later.  It wasn’t serious…they were able to get rid of the symptoms but the medicine had a side-effect that caused fluid from his blood vessels to leak into his body cavity.  The meds they gave him to stop this was not working…and he slowly began to swell in size.  Nothing they did was helping and all I could do was sit there…while my son’s life was slowly fading away.  The stress was tearing me apart…I couldn’t eat or barely sleep for 2 weeks during the worst part of it.  The docs couldn’t understand how he was still hanging on…all his stats were fine: oxygen, blood pressure…with everything he was going through he was fighting this with everything he had…and I couldn’t give up on him.  All he had to do was to start expelling the excess fluid but his output was only normal…it had to be a lot more to make a difference.  One final weekend we had almost lost hope…his health was deteriorating rapidly and there was no way to say he would survive much longer.  I have never prayed so much in my life as I did that weekend.  The doctors had don all they could & the only thing we could do now was wait.  By Monday morning his condition had not changed.  I almost felt numb when I called the hospital that afternoon to check on him before I went to visit …but the nurse was beside herself…the fluid had started coming off!  He was getting rid of it faster than they could change his diapers!  I tried to keep calm the next few days as his condition improved but I couldn’t help myself from beaming when I saw him get better day by day.  By the end of his stay he’d spent almost 6 months in the hospital and I was almost terrified to bring him home…I wanted the entire nursing staff to come with me…they had all been so wonderful.  But the transition went smoothly…altho he came home on oxygen, breathing treatments and a wide assortment of meds.  We slowly were able to wean him off everything…today he is a happy, healthy 13 year old pain in the ass…and I wouldn’t trade him for the world.   He’s a teenager now with that teenager attitude…and when I feel like he’s pushing me I think back to that tiny baby, helpless in the hospital, and just thank God I still have him here with me.  Yes…I believe in God.  I know I have many good friends who don’t & that’s ok.  I don’t judge them for that & I hope they won’t judge me…live & let live.   But deep in my heart I feel that’s what saved him.  He’s my miracle….my shining light.

The darkness engulfed me

Rivers sprang from my eyes

Why did it hurt so bad

And I was left

For so long I cried

He carried me away

And I became whole again 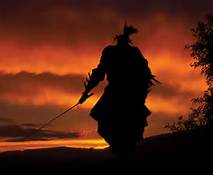